I’ll probably cop flak for that, but it’s true.

There is a school of thought, and I used to subscribe to this view, that writer’s block is an excuse for lazy writers to not write.

I used to think it was something that came about from a lack of imagination, from failing to find inspiration in the things around me.

That was until I fell into the creative malaise.

I have had periods in my writing life — vast periods, even — when I didn’t put pen to paper or finger to keyboard.

For a portion of that time, it was simply because life was more important — I was travelling and experiencing the world, or I was in a state of abject exhaustion with a newborn in the house.

For this period, however, the bug lay dormant within me.

I knew the urge to write was there, but it was a background itch only — one I knew I’d one day scratch again.

Then there were times when I simply lacked confidence in my abilities, and I was inexperienced enough to let that affect my creativity.

I was young, and the gulf between the stories in my head and those I put on the page was too great for me to reconcile.

Ergo, I was a talentless hack.

Once again, I think the urge never truly died — it just re-aligned itself with my abilities.

(I mean, obviously, I persisted — otherwise I’d be naught but another Netflix tragic.)

But looking back on my creative history, the scariest times of inactivity were those when I had no desire to write at all.

The Absence of Creativity

Some years ago, I was working in a job I didn’t much enjoy.

(Well, aren’t we all drowning in mortgage debt, these days?)

I decided to take on the challenge of a different role — one with a very steep learning curve, a heavier weight of responsibility, and irregular and long work hours.

My sleeping patterns were messed up, my eating habits were atrocious, and anxiety scratched its fingernails down my mental blackboard.

It was a bad time.

But most distressing of all, my urge to write — my one escape from the daily drudgery — disappeared completely.

I wrestled with the my half-completed stories and tried to wring new ones from my sources of inspiration.

I ended up staring at a blank page for hours — wracked with guilt that I was too lazy to produce anything.

The joy I used to find in the act of creating was dead.

I realise now that I was in a poisonous head space.

It was more than not being able to write — I didn’t want to write.

I was trying to force myself to create, when I despised the very notion.

And I think if I had persisted, I might have given up writing altogether.

I can’t remember the details now — such as what I was working on or how I tried to write my way through it.

I just remember the feeling.

A friend of mine, who has suffered bouts of clinical depression in the past, told me that when the black dog bites, it isn’t a sadness or a darkness or even a malaise.

It’s an absence of all feeling.

That’s the closest analogy I can find to writer’s block (at least, the writer’s block that I experienced) — a complete absence of the desire to create.

If I had forced my through it, I think I’d have ended up hating my art — I’d have killed any future I had with the written word.

As it was, and quite by accident, my day job held a partial solution.

Work became too onerous and time-consuming for me to find much in the way of writing time.

The last thing I wanted to do was stare at a computer screen when I finally got home of a night (or in the early morning). 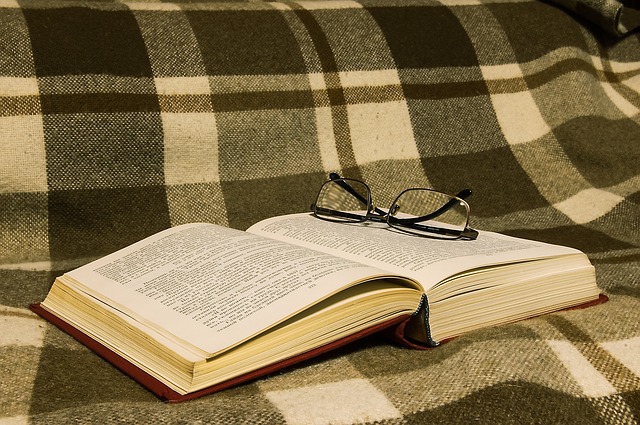 And so, I fell back to simply reading.

And I read for comfort.

I read those books you can read again and again — the ones where, even though you already know what’s about to blindside the protagonist, you cannot put the book down.

Slowly, as the toll the day job took waned — as I started to take care of myself, by sleeping and eating and exercising properly — I was left reading books I’ve loved deeply for years.

Stories that, in a thousand minuscule ways, probably inspired an awkward twenty-something to start creating.

And although my desire to do so did, in fact, die for a time, I think falling back on those books helped immensely.

When the time came, these faithful old books sowed the seeds of my creativity once again.

I am in no way advocating this as the foolproof solution for all forms of writer’s block.

(I hate catch-all fixes! Everyone is different after all.)

And, in fact, if you are suffering depression or anxiety, you should seek professional help — I most certainly did for my anxiety.

I guess the take-home message I’m trying to impart here is that it’s okay to not want to write.

You don’t have to beat yourself up if the fire burns low or even out.

Find something else to do with your time — something that gives you pleasure.

Give your creative-self time and space to heal.

If you are meant to be the next Stephen King or Ursula Le Guin, you will find that spark again.

All images from pixabay.com