Examples of Descriptive Prose to Inspire Your Writing

I love getting lost in other people’s writing.

And nothing more so than in a well-written piece of descriptive prose — something that is so vivid I have to pause and relish it a moment longer. 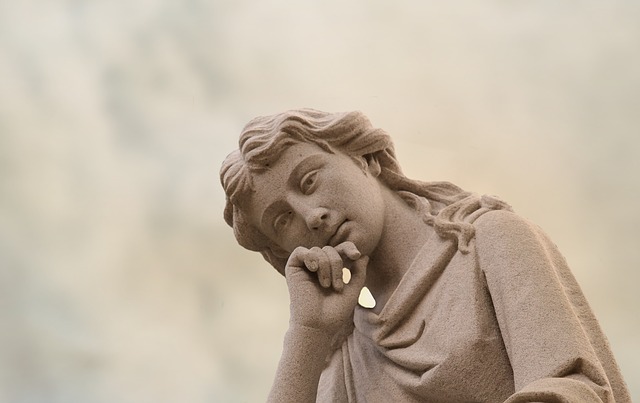 It’s something I’ve definitely tried to emulate in my own writing. (And, if beta readers and writing group colleagues are anything to go by, I’m not half bad at it either.)

But if you ask me how I’ve achieved this, I’d struggle to articulate my process, let alone identify where I’ve done it well.

Over my next few blog posts, I’m going to attempt to determine what makes for good descriptive writing. (At least in my own work.)

This month, I’ll start by deconstructing some of my favourite passages of description.

and at each summit the road abruptly shrank to half its width, then half its width again, until it became a hairline crack in the land, then a faint wobble in the haze, then nothing.

I love this piece of writing.

It is simple and matter-of-fact — no flowery language and nothing too abstract.

It has a beautiful rhythm to it, as well — one that rolls like the hills it’s describing. (Go on, read it out aloud. You know you want to.)

But so too does the long, complex sentence, which tapers away into shorter and shorter segments toward the end and into the descriptive distance.

The passage doesn’t draw much at all on figures of speech. Just the single metaphor in ‘a hairline crack in the land’. Nor does it utilise complex language. Just simple words such as ‘summit’, ‘tapered’, ‘haze’.

As I said, overall, the impression is not of a complex piece of writing. And therein lies its effectiveness and beauty, I think.

Liquid in the Air

He could smell the oasis before he saw it. The liquid in the air. The rustle of things. Palms and bridles. The banging of tin cans whose deep pitch revealed they were full of water.

This piece is so sensory — smell, taste, sound and sight, and all packages in only five sentences.

Once again, rhythm plays an important part in building the image. The short, fragmented sentences match the character’s and the reader’s fragmented impressions.

Each image is its own distinct entity — ‘the banging of tin cans’, ‘the rustle of things’, ‘the liquid in the air’.

Yet, each discrete image adds to the larger picture, building on the previous, until we, the reader, fill in the blanks and build the entire oasis in our minds.

This is another piece of prose that sounds absolutely delicious when read aloud. The soft S’s and L’s lend themselves to the impression of water. (At least, to my ear.)

It just wouldn’t be the same to write about the moisture in the air or the ripple of branches.

With just a few small images, made with a handful of carefully chosen words, the writer has not only created a distinct setting, but allowed me to build it as well.

In rainy weather the streets turned to red slop; grass grew on the sidewalks, the court-house sagged in the square…Men’s stiff collars wilted by nine in the morning. Ladies bathed before noon, after their three o’clock naps, and by nightfall were like soft teacakes with frostings of sweat and sweet talcum.

— Harper Lee, To Kill a Mockingbird

This one is from one of my all time favourite books.

While this piece does use visuals — ‘red slop’, ‘stiff collars’ — it is more heavily laden with figures of speech — the sagging court-house, the teacake ladies, the talcum and sweat frosting.

The author has a bit of fun with language as well, using a lot of repeated sounds. (This is a trick that can tire very quickly or make for tedious reading if not done well.)

But the alliterations here are not onomatopoeic. I feel they’ve been chosen to place emphasis on the images themselves — ‘grass grew’, ‘soft teacakes’, and ‘sweat and sweet talcum’.

And I think even the choice of words — ‘red slop’, ‘soft teacakes’ — the way they break the sentence rhythm and fill the mouth, help build on the image of an oppressively humid atmosphere.

This is another piece that needs to be read aloud. The delight here, however, is not the rhythm, but in the sounds of the language used.

Once more, the writer has concentrated on the small details of a larger picture, allowing the reader to fill in the gaps and imagine a sweltering, muggy heat for themselves.

Below the village the pastures and ploughlands of the Vale slope downward level below level towards the sea, and other towns lie on the bends of the River Ar; above the village only the forest rises ridge behind ridge to the stone and snow of the heights.

And just because I had to show that a speculative fiction author can be just as masterful, here is our first glimpse of the Island of Gont in the world of Earthsea.

But there is no minutiae of detail here — just vast, sweeping landscapes. As if we are descending upon the world from a great height, the god-like narrator showing us the story’s setting.

The most striking thing here is that it is all one single sentence. It could have been broken down into smaller ones, but the writer deliberately chose not to — even to the point of near awkwardness.

I think this is more than a mere description of the world.

This passage is in the opening paragraphs of the book. The surrounding text is similarly complex in terms of sentence structure.

I think this is about setting tone.

The author plunges us, the readers, immediately into the feel of the story — that of an epic tale, recounted on a grand scale.

I am not normally one who can easily analyse what I read. I always get caught up in the story and forget all attempt to learn from the writing.

So this has been an interesting (if somewhat rambling) exercise for me.

I am beginning to see some common elements in writing effective description.

Over the next few blog posts, I plan to unravel some of these elements and delve into what truly makes for the writing that I love to read so much.

Do you have a favourite piece of descriptive writing?

All images from Pixabay